Welcome to my 2010 movie preview. Here I am going to highlight the top 10 films that I am most looking forward too in 2010. This is going to be a huge year, especially in terms of re-makes of several classically loved films and TV shows. It is also a big year for sequels, so many of them made my list. It was hard picking out just 10 films, but I like to give a little bit of variety, so it won't all just be all tent pole summer blockbusters, I will try to shed some light on a few picks that may not be in most peoples top 10. Once again I stress that this is my top 10, and not necessarily the films that are going to be the best or most popular.

My off the wall pick, this film stars Johnny Depp in the adaptation of the classic novel by famed gonzo journalist Hunter S. Thompson. Depp has experience adapting Thompson's material before, doing it so wonderfully in Fear and Loathing in Las Vegas. this time he has teamed with screenwriter and director Bruce Robinson, who hasn't made a film since 1992 wonderfully weird and creepy thriller Jennifer 8. I am excited to see what the two can cook up together, especially with a stellar supporting cast like Aaron Eckhart, Amber Heard and Richard Jenkins. Sorry, I couldn't find a teaser poster so I put up an image of Thompson's novel. 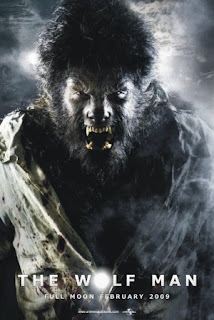 Another re-boot of a long dormant franchise, Universal looks to resurrect their horror line with a stellar cast and modern effects. Benicio del Toro, Anthony Hopkins, Emily Blunt and Hugo Weaving are led by director Joe Johnson (Hildago and the upcoming Captain America film) who looks to re-charge the horror franchise while sticking to its Victorian roots. Previews of the film look promising and if the film is successful, look to Universal to bring out some of their other great classic monsters from the vault. 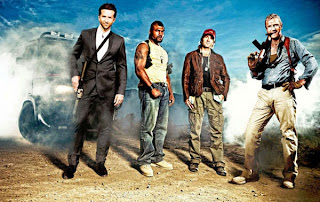 My pick as my most anticipated re-make of 2010, there are many positives signs about this film. Director John Singleton is a really under-rated commodity and can do gritty urban action and keep it credible like few others. the casting choices have been very promising as well, Liam Neeson as Hannibal, MMA fighter uinton "Rampage" Jackson as BA Baracus, Sharto Copley (of District 9) as Murdock, and Bradley Cooper (the Hangover) as Face. Its supported by a great cast including Jessica Beil, Patrick Wilson, and cameos from some of the original A Team. Here's to hoping they find that right mix of humor and action and keep the vein of the original alive, just updating it for the modern audience. 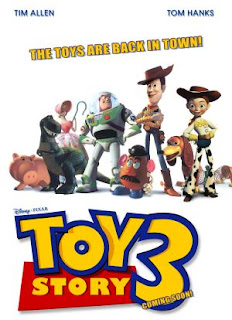 This picture doubles as my all ages and comedy choice for 2010. Pixar has never made a bad film and I do not expect anything less than perfection with their flagship franchise. While I do not know that they can mine the same emotional depth and character development that they have done with their last 2 offerings, WALL-E and Up, I do expect this to be the best animated mobie of the year, and maybe even the best comedy of the year. 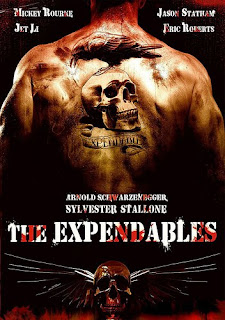 It's the greatest 1980's action movie never made. Sylvester Stallone, Dolph Lundgren, Arnold Schwarzenegger, Bruce Willis, Jet Li and Jason Statham all team up in what I am sure will be the most testosterone ridden bloodbath ever caught on film. This is the type of movie my Dad would always bring home when he went to the video store and I can't wait to see the awesome spectacle of action and shoot'em up excitement that is bound to be in this film. I mean sure, the potential for this to be a hugely terrible film is huge, but damn, so is the reward. 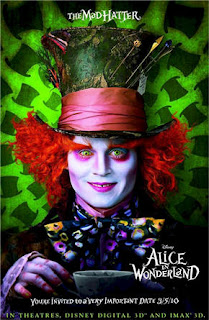 Visionary director Tim Burton teams up with Johnny Depp (who makes his second appearance on the list) in this version of the Lewis Carrol classic. Burton is one of my favorite directors working today and he always brings his unique take on everything he works on. Teaming up with Depp for their 7th collaboration (as well as Helena Bonham Carter's 6th collaboration), Burton is sure to bring something fresh to the screen. Besides, some of the most imaginative films of the past few years have been adaptations of children's novels, like Where the Wild Things Are, The Fantastic Mr. Fox and Burton own Charlie and the Chocolate Factory. I hope to find more of the same here. 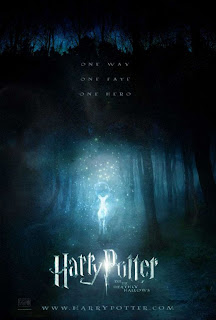 The franchise draws to its penultimate chapter (at least film wise) as Harry must unravel the secrets of Voldemort's strength and power before confronting him in the final battle. Director David Yates has helmed the last two Potter films to huge critical and financial success, and I don't expect any less this time. While I wasn't happy with the screen play of the last Potter film, I expect them to be back on track this go around. Despite cutting the final novel into two films, I remain hopeful that with the additional time, they will be able to flesh out the story more, as I felt the last film was a bit rushed. One more turn for Harry, Ron and Hermione before the final showdown. 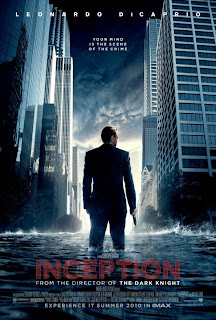 Little is known about director Christopher Nolan's next film. Starring Leonardo DiCaprio as an architect embroiled in a blackmail plot, the real twist develops as technology designed to allow someone to enter your dreams and extract information. Dicaprio enters the dream state and becomes embroiled in a fight for his life. Nolan is easily one of my favorite directors working today and he has a pretty good track record in recent years, with films like The Dark Knight, The Prestige, and Memento over the past decade. Anytime he steps behind the camera, the potential for greatness is there. 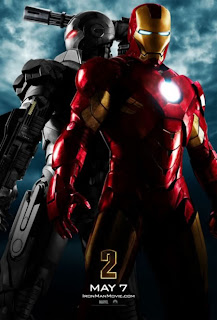 Jon Favreau hit big with one of the best big screen comic book adaptations to date and he looks to continue his run with the sequel this year. With an all star cast including Robert Downey Jr as Iron Man, and filled out by Gwyneth Paltrow, Don Cheadle, Mickey Rourke, and Scarlett Johanssen this film promises to bring all the action and excitement of the first, plus the introduction of new characters like the Black Widow, Whiplash, and War Machine. Plus it is sure to segue way into 2011's big screen versions of Thor and Captain America. It is easily the most anticipated movie of the year. 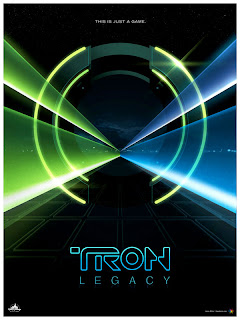 While Iron Man may be the worlds most anticipated film, it's my list and after almost 30 years, they are sequeling one of my all time favorite films, Tron. Most of the details of the film are pretty sketchy still with its late 2010 Holiday release date, but the film that founded computer generated graphics looks to build on the world it created first. They have brought back Jeff Bridges and Bruce Boxleitner, along with Oliva Wilde and newcomer Michael Sheen to team up with first time director Joseph Kosinski to re-imagine the computer generated world of video games. Tron was a huge film of my childhood, and in recent years has started really developing a cult following. I'm hoping that Disney can find the same magic that made the first one so fun, but combine it with today's computer graphics. So much of this could be bad, but the fact that they got Jeff Bridges back bodes well for me, he usually doesn't make bad choices.

There is my preview of my top 10 films of 2010. A lot of potentially good films did not make the cut, films like Russell Crowe's Robin Hood, Seth Rogan's Green Hornet or the huge amount of re-makes that Hollywood is churning out this year. You can expect re-makes of Red Dawn, Red Sonja, The Karate Kid, and Highlander. A couple of films, like The Imaginarium of Dr. Parnassus, Jonah Hex, and the re-boot of the Predator franchise also look promising. this list doesn't even count the great films that haven't gotten noticed yet, I am sure this year will have sleeper hits like Zombieland or The Hangover. 2010 looks to be a huge year for movies, hopefully there are a few in there that sound good to you!

End of Line.
Gerrad!
Posted by Gerrad McConnell at 5:27 PM

I'm really expecting Tron 2 to be visually stunning. IMAX might be a must for that film.